You are browsing the site archives by month.

A Brief History of Simon’s Town

Simon’s Town, South Africa was named after the Dutch governor of the Cape Colony, Simon van der Stel. He was the governor there between 1677 and 1699. It is known both as Simon’s Town and Simonstown. Simon’s Town became more populated after a Royal Naval Base was built there and home of the South Atlantic Squadron under the 2nd British occupation of the Cape in 1806. It is near Cape Town, South Africa. It has been a naval and harbor base for more than 200 years.

The town is on the False Bay shores, the eastern side of the Cape Peninsula. It became a free port in 1832. There is tourism in Simon’s Town, with a naval base, Victorian buildings, quaint walkways and streets, and Boulders. Boulders is the most famous beach in Simon’s Town. It is the home to three thousand African penguins. The beach has very large, rounded rocks and tons of coves and rock pools that have to be explored.

Interestingly, Simon’s Town has a couple of museums for people to learn about the town’s history. The first museum is Simon’s Town Museum, which is a must see. It has the Old Residency, which was built for the governor of the Dutch East India Company. There was a brothel and slave quarters in the early days. One of the museum’s most popular exhibits is a statue of Able Seaman Just Nuisance, a beer-drinking Dane that was adopted by the Royal Navy in World War ll.

Next, the other museum is the South African Naval Museum. It celebrates Simon’s Town’s naval history and has displays of the inside of a submarine and a ship’s bridge. The ship’s bridge moves with an ignited rocking motion. There is history about the ships and has a helicopter displays with some guns. The admission for the museum is free, but donations are accepted. 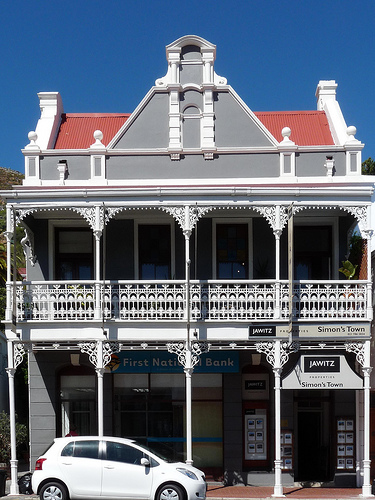 Funny video about Simon’s Town penguins, I like it how some of the little guys hop over the rock and others walk around it, so funny.

We cannot get enough of Simonstown’s African penguins!

These penguins are actually known as the “jackass” penguins due to the fact that they bray like a donkey! Adult African penguins are nearly 28 inches tall and can weigh over 7 pounds. These little guys LOVE fish & squid and sadly these penguins are on the endangered species list. One reason is due to the local fisheries harvesting sardines and anchovies, the African penguins main diet, causing them to swim out further into the ocean, finding less nutritious fish and making them more likely to become prey themselves to sharks and even killer whales. Without predators, the African penguin can live up to 27 years in the wild, some have lived 30 years in captivity.